Port-channels have become an acceptable solution in data centers to both mitigate STP footprints and extend physical interface limits.

One of the biggest drawbacks with port-channels is the single point of failure.

Scenario 1- Failure of an ASIC on one switch, which could potentially bring the port-channel down, if all member interfaces were connected on one ASIC.

Scenario 2- Failure of one switch on either side. The obvious solution available today is multi-chassis port-channels which addresses the problem 95%. 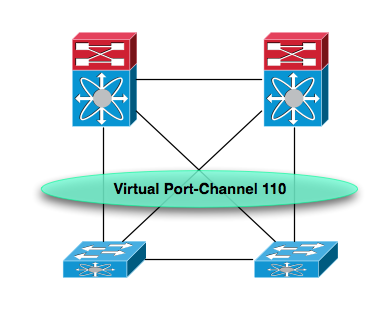 Even with multi-chassis port-channel there is the still the possibility of an ASIC failure.  Although not as detrimental as Scenario-1, there will still be some impact (depending on the traffic load) if both interfaces on one switch happen to connect to the same ASIC.

Thus it only makes sense that the ports used on the same switch, uses different ASICs. How would confirm this on the Nexus 5000 and Nexus 7000?

END_OF_DOCUMENT_TOKEN_TO_BE_REPLACED

Note I have run on v5.2 using only 4Gb per SUP using 2 VDCs and it has worked just fine, but I should mention that the box was not under heavy load.

See how much memory your N7K has on a SUP by using the following command:

The upgrade per SUP would need the Cisco Bundle upgrade package (Product code: N7K-SUP1-8GBUPG=). One package has one 4Gb module. (see picture below) If you have two SUPs you would need two bundles. Notice the 8Gb sticker on module in the red block.

END_OF_DOCUMENT_TOKEN_TO_BE_REPLACED

From a question on groupstudy; the following output was posted of a Cisco 2600 that did not boot up even after the Flash was upgraded to 32MB??????

What could the problem be?